A new study confirms that people who have used weight-loss balloons were able to lose twice as much as those who did not, even with diet and exercise. These balloons offer people a healthier and safer option as compared to gastric surgeries. However, this new and breakthrough technology is not yet covered by insurance, meaning that people will have to pay for the procedure themselves.

People who are dealing with obesity issues choose to undergo gastric surgeries, which are invasive, costly and risky. Others with fewer pounds to lose resort to various weight loss programs and eventually fall out because of slow results and uncontrollable cravings. The weight-loss or gastric balloons offer a breakthrough approach in curbing overeating problems without the need for a gastric bypass.

The study was presented at the Annual Conference of Obesity Experts, detailing the effectiveness of Obalon weight-loss balloons. There were 375 volunteers divided into two groups, one takes the weight-loss balloon capsules while the other gets sugar-filled capsules complete with a catheter to let the group believe it is the actual Obalon treatment.

The first group with the real Obalon balloons lost 6.81 percent of total body weight while the placebo group only lost 3.59 percent as reported by CNN. Moreover, the Obalon test subjects reported to have continued weight loss even after the balloons were removed. This may be attributed to the fact that these people have already trained themselves to eat less.

The rationale behind these weight-loss balloons is that the person feels full and will be able to get through small portioned diets. The procedure also has a year-long support program, complete with a professional dietitian to offer guidance.

The Obalon weight-loss balloons come in tiny capsules with an inflatable balloon inside. Each capsule is attached to a catheter, which will be used to pump air into the balloon. X-ray confirms that the balloon is properly positioned and then the catheter is detached. The balloons stay in the stomach for six long months and removal is done through a minimally invasive endoscopy.

Aside from Obalon, there are other gastric balloons in the market like Reshape and Orbera, which are also FDA approved. The only difference is that Reshape and Orbera require endoscopy during the insertion and removal. Another product, Elipse, is still on clinical trials with pending FDA approval.

All weight-loss balloons products are not covered by insurance as of yet since long-term effects are still unknown. Obalon did not give details as to the cost, while Orbera has a price range of $7,500 to $10,000 dollars as reported by People. 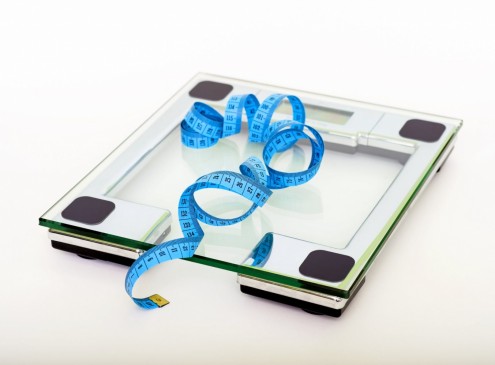