The Explanation Behind Teens Social Media Obsession and Addiction

Social media, ever since it began, has become a big thing for young people, particularly for teens. And you would have to agree that these teens are so glued to their smart devices, specifically to the social media apps that their mobile phones contain.

If you are going to take a look at it, there are differences with how each generation use social media, but the question is that why of all people or generations, it is the teens who are particularly hard wired and obsessed in getting those likes on their social media account? Why are these things so addicting to them?

According to the neuroscientists, regardless of the social media app, it could be Instagram, Facebook or Snapchat, seeing hundreds and thousands of likes on social media can be powerful to growing brains. In a study by the scientists from the University of California, a specific part of the teen's brain becomes active as soon as they see one of their photos earn a lot of likes.

The researchers also discovered that the tendency to "like" is influenced by the number of teens who liked the photos themselves, regardless of the content.

This affects teens in particular because compared to children and adults, it is the teenagers who have an increased brain activity when it comes to activities that they find rewarding. A part of the brain called nucleus accumbens is stimulated and becomes larger in size when a teenager does pleasurable things, no matter what it is. And in the context of social media it is when through validation by the number of "likes" they get that they find rewarding.

With these studies, it is not hard to conclude why teens find social media very hard to resist and addicting. 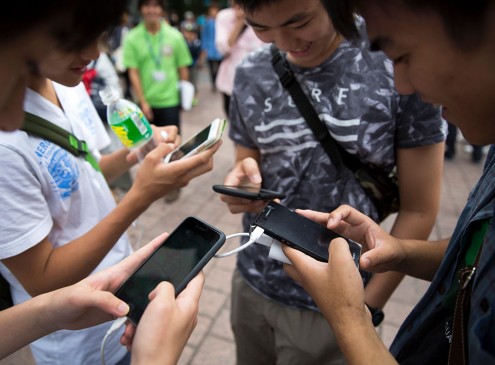