Daydreamers are more likely to develop insomnia because they cannot stop thoughts from appearing in their heads, according to a new study conducted by a team from the American Academy of Sleep Medicine, led by Dr Sean Drummond, associate psychiatry professor at the University of California.

Researchers arrived at the conclusion after discovering a link between affected daytime and night-time brain activity in primary insomniacs.

Primary insomnia is a disorder where patients suffer from disturbed sleep. These patients do not suffer from any other conditions such as depression or chronic pain caused by a medication or substance abuse.

Researchers compared MRI scans of 25 regular sleepers with 25 insomniacs. The average age of the respondents was 32. They found that both groups finished working memory tasks effectively.

However, while insomniacs could not switch off parts of brain that are activated when the mind wanders, people who slept well were able to turn on more parts of the dorsolateral prefrontal cortex to complete complex tasks.

Brain scans of insomniacs showed that parts of the brain linked with wandering thoughts did not get switched off when the brain was given complex tasks. Researchers claimed that this made it harder for insomniacs to complete their tasks during the day and could also be the reason why they found it difficult to shut down their brains at night.

"People with insomnia not only have trouble sleeping at night, but their brains are not functioning as efficiently during the day. We found that insomnia subjects did not properly turn on brain regions critical to a working memory task and did not turn off "mind-wandering" brain regions irrelevant to the task. It is not surprising that someone with insomnia would feel like they are working harder to do the same job as a healthy sleeper," Drummond said.

The study, published in the Journal 'sleep', stated that about 10 to 15 percent of adults suffered from an insomnia disorder with 'distress or daytime impairment'.

'Some aspects of insomnia are as much of a daytime problem as a night time problem. These daytime problems are associated with organic, measurable abnormalities of brain activity, giving us a biological marker for treatment success,' Drummond said. 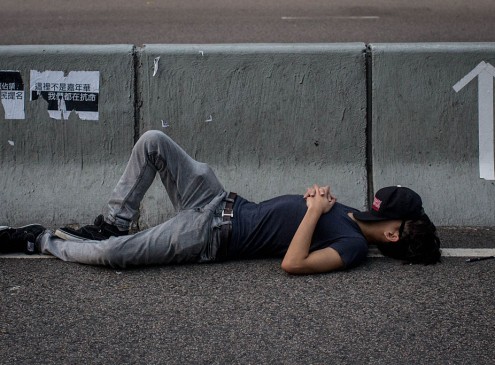