Here's the new updates on how to cheat "Pokemon GO" and how the AR game is changing a life of a gamer.

If you are an avid player of "Pokemon GO", then you must be familiar with the PokeCoin to buy incubators, lure modules or to upgrade. The thing about the currency, is that players may have to pay for it, or take over a gym, Forbes reported. However, the new cheat offers a useful tool to generate Pokecoins, fast and easy.

Jeuxtool is a usefull tool that adds the already-mushrooming "Pokemon GO" cheats. While the other hacks offer joystick, radar, or mapping the Pokemons - Jeuxtool offers easy steps to add more PokeCoins to a player's account.

The video below shows the step-by-step methods. However, it is advised to use a secondary account to test the cheat to avoid getting banned.

What's interesting about Jeuxtool is that it can use PC as an alternative. For players who have played the AR game using Nox or Bluestacks, this method offers a good option.

Once a player fills out the form, they can opt for PokeCoins as many as they want. The range is between 25,500 and 125,000. As it starts the process, it may take awhile to generate the currency.

"Pokemon GO" news update: The game that changes a life of a Singaporean

Keshvin Waren, who admitted to attempt suicide in last December, was diagnosed with schizophrenic by his doctor. He recalled how he feared of ghosts and experienced sleep paralysis. After "Pokemon GO" was launched, he started to cycling around to find Pokemons with his brother and in two weeks, he stopped his medication to treat his anxiety, VulcanPost reported.

Many people may think that "Pokemon GO" is just an app, a viral game that could make people obsessed. However, a recent post from Warren who thanked Niantic, has made the "Pokemon GO" game, a life-changer.

'Pokemon GO' Cheat: Hack that Activates Hunt Mode to Catch Them All

‘Pokemon GO’ Cheat for Pokevision Alternative: The Map to Locate Pokemons Faster and ... 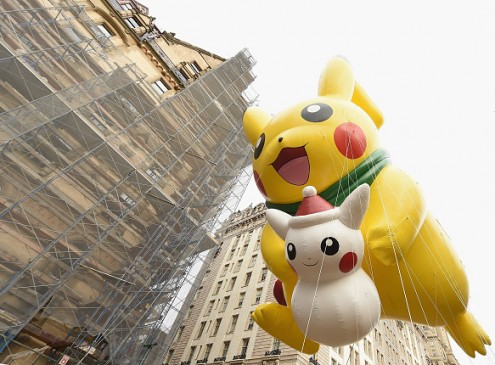