Meet 'The Magnificent Seven': Each Character Teased In Vignettes [VIDEOS]

Sony Pictures Entertainment might get a rebound with the upcoming 7-character movie, "The Magnificent Seven". The remake of the 1960 film is filled with action-packed gun fights. Now, vignettes of the characters has been released. Watch them below.

"The Magnificent Seven" is a remake from a 1960 film produced and directed by John Sturges. The plot revolves in an old-western setting. A town is being put under seige by the villainous industrialist, Bartholomew Bogue(Peter Sarsgaard). The residents of the town sought the help of seven outlaws who later realized that they are fighting for more than just the reward, Slashfilm reported.

The remake stars Denzel Washington as the leader, a Bounty Hunter named Sam Chisolm; Chriss Pratt as The Gambler; Vincent D'Onofrio as The Tracker/ The Hunter; Byung-Hun Lee as The Assassin; Manuel Garcie-Rulfo as The Outlaw; and Martin Sensmeier as The Sharpshooter. The seven magnificent characters is detailed in seven vignette videos released by Sony Pictures, Geeks of Doom reported.

The Bounty Hunter, Sam Chisolm, seeks money and so received a job to get rid of the industrialist Bartholomew Bogue. So, he hired six misfits to aid him into an "impossible" job. The Gambler on the other hand is a tricky fox named Faraday. He is skilled in gunfights and is a gambler, a drinker, and a trickster.

Vincent D'Onofrio's character is a hunter in the mountains who is very religious. Jack Horne (D'Onofrio) was the group's tracker. The Assasin,Billy Rocks, is the character played by Byung-Hun Lee. The character uses pistols and rifles although his specialty was in knives. Vasquez (Manuel Garcia-Rulfo) is a Mexican outlaw who has been a bandit for a long time. He is also a dangerous gunslinger and a notorious criminal.

Martin Sensmeier's character, The Warrior, is a lone Comanche who was told by his elders that he takes another path. He is called Red Harvest and he specializes in bow and arrow. Finally, The Sharpshooter is named Goodnight. He was a skilled marksman in the confederate army and was even dubbed the "Angel of Death".

The remake film will be on the big screens in September 23. Watch the character vignettes below:

Batman's Cool Ride, The Batpod, Is Now Up For Auction. Check The Details!

Watch 'The Avengers vs. Transformers' Epic Battle In This Fan Trailer 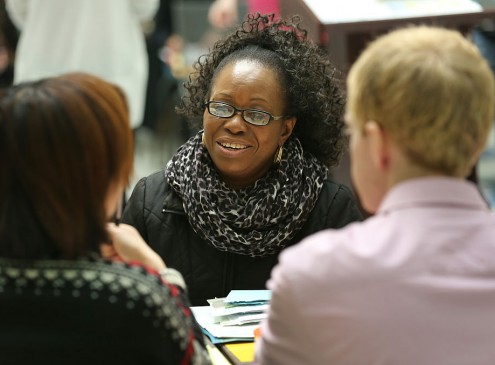