A mosquito sits on a stick April 9, 2009 in Martinez, California. Unseasonably warm weather for Northern California in January appears to have brought female mosquitos out of hibernation and have started to breed months ahead of the normal breeding season. Several groups of mosquitos found in a marsh near the Contra Costa County town of Martinez have tested positive for the West Nile Virus prompting county officials to do more testing and releasing mosquito fish in abandoned pools around the county.

Residents in Weld County are warned by the Health Officials of Public Health and Environment to protect themselves from mosquito bites due to alarming information from the areas of Greeley/Evans, LaSalle, Kersey and Idaho Creek of Longmont where mosquitoes were tested positive of West Nile virus.

Deb Adamson, environmental health supervisor at the Weld County Department said, "The result shows that the virus is now in the country for the rest of the summer." Thus, monitoring of Culex mosquitoes has been implemented as part of "few precautions that can help prevent mosquito bites and possibly contracting West Nile Virus", according to the Public Health Inspector Dale Lyttle.

Although there are no reported human cases for the recent year, health officials reminded the public to drain stagnant water, limit the activities outside of home during dusk and dawn, used dress in long sleeves and trousers in mosquito infested areas. Mosquito repellents are recommended except on infants.

Once infected with West Nile virus, symptoms will appear within three to 14 days. Fever, headache, nausea and vomiting, rash and weakness are among the early symptoms. These symptoms are visible to a person with low immune system but for most of the infected persons, symptoms are not likely to be seen. However, it is recommended to immediately see a doctor if symptoms are seen in an infected person.

Since there were no vaccines available as medications and treatment, West Nile virus claimed eight lives in Orange County in 2015. According to health statistics, they belonged to the less than one percent of infected people who developed a neurological illness that leads to fatality.

West Nile virus is usually contacted from mosquitoes during warm weather. But there are other possible routes of transmission such as blood transfusion, organ transplantation and mother to child during pregnancy or breast-feeding. 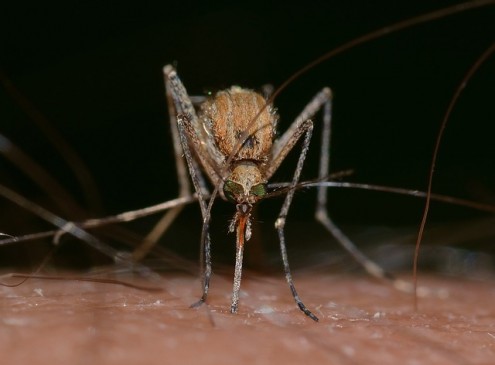