The University of Montevallo received Green Ribbon from the U.S. Department of Education. Collecting the award on April 22, DeAnna Smith, vice president for Business Affairs and Treasurer, said that the university is honored and she credited the students to have involved in creating sustainability in the entire campus.

The UM is nominated in The Green Ribbon School in the Postsecondary Sustainability Award due to the students' initiative of Green Fund - generating $30,000 per year from students to be used for the campus projects, focusing on carbon footprints reduction and energy saving.

Announcing the awards on Earth Day, Christy Goldfuss from the White House Council and John King from the U.S Secretary of Education, said that these universities have made great strides to tackle environmental challenges with their inventions and efforts. The Education department lists all schools who have taken home the awards this year for each state. They hope that the annual reports of honorees could mentor the other schools.

The federal recognition program has been awarding state's universities since 2011. It inspires students and institutions to find ideas in the effort to 'save the Earth'. The UM is among two recipients of the Green Ribbon in Alabama who employs the Pillars; after they have proven to

The UM applies green living in many elements including a program, Table to Garden to Table, that compost food wastes and make fertilizer for the produce in its Organic Community Garden - where students have a full access. The vegetables produced are given to the less fortunate families with the help from Shelby Emergency Assistance.

The university also develops a major in environmental research along with the other establishments. It will work on various sectors including business, science, art and humanity. 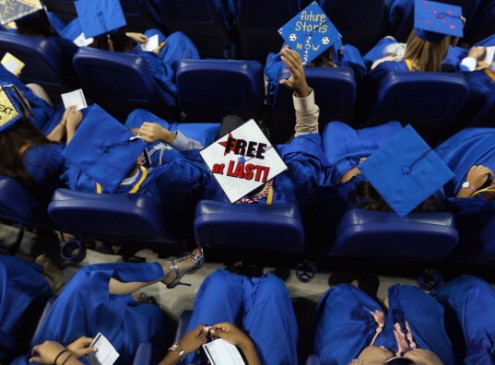 8 Major Questions About 'Free Community College' Answered: How Does It Impact The 4-Year ...